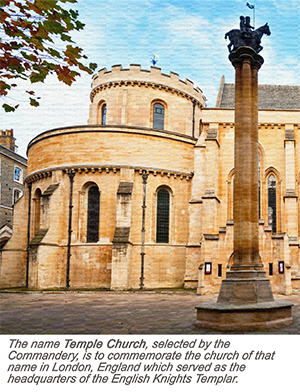 Temple Church remained a Preceptory until it became recognized as a Commandery when it received its appointing order from the Grand Prior and was stood up at the Grand Convent by Grand Prior XVII, Keith Larson, held at West Point on June 10- 13, 2010.

The Priory of the Temple Church was stood up by at the Grand Convent held in Norcross, Georgia on May 21, 2011 by the Grand Prior, Keith Larson, with Thomas "Ted" E. Seater as its first Prior. The Priory was begun with thirty-five (35) well-motivated and excited members. 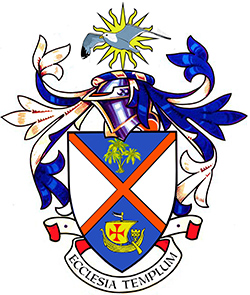 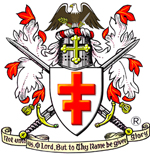